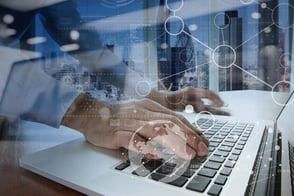 The key features of SD-WAN are designed to allow businesses to take greater control over their networks.

The traditional
means of setting up
a business network
have remained fairly static over the years
— this has been a problem, limiting companies' options.

What is SD-WAN and how can it benefit your network?

Businesses hoping to get up to speed with their computing needs have been forced to choose between expensive and difficult to obtain private connections and a loose collection of public internet resources. The emergence of software-defined wide-area networking (SD-WAN) represents new possibilities.

By leveraging multiple connections, private, public or even wireless, SD-WAN represents an affordable and secure way to get the bandwidth your organisation needs to run its systems and applications. With a centralised control layer in the cloud, SD-WAN provides a way to build a better business network, one that matches modern use cases.

If you're wondering about the best way to expand your network, it pays to learn the basics about SD-WAN: how it works, how it's different from other types of networking, and what makes it so suitable for meeting organisations' computing needs today. SD-WAN is largely defined by its ability to deliver the same capabilities companies have long taken from more traditional WAN options, but on a new technological and economic model, one with considerable upside. 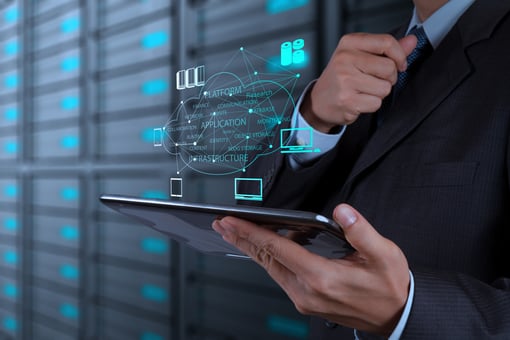 SD-WAN is a wide-area network that is managed in the cloud instead of the hardware level. Private networks, public broadband internet connections, mobile networks such as 4G, satellite connections — all of these can become part of SD-WAN, with bandwidth aggregated through control systems in the cloud.

Traffic over SD-WAN is wrapped in an encrypted VPN tunnel. This ensures that even when using a public internet connection, functionality is as secure as it would be on a traditional private connection employing multiprotocol label switching (MPLS). Combining multiple connections in a technology-agnostic SD-WAN network allows organisations to increase bandwidth to levels that rival those of private connections, without the time-consuming and costly installation.

Every physical brand and digital service operated by a company are managed as part of a centralised SD-WAN network. This means offices, data centres and critical cloud applications are all overseen through the same cloud-based software. This changes the way controls work — where previously, each site would have its own administrators, it is now possible to handle everything via the same IT personnel.

The key features of SD-WAN are designed to allow businesses to take greater control over their networks. These include the following capabilities:

The net effect of these features is to create a solid and reliable business network solution that combines aspects of private connections — high bandwidth and data security — with advantages of public internet resources, namely low costs and flexibility regarding deployment. This is in keeping with the general trend of information technology today, with business users leaning toward cloud hosting rather than relying entirely on traditional hosting.

How does traditional WAN compare with SD-WAN?

It's possible to break the comparison between WAN models down into a few categories. By defining SD-WAN against a model that only uses MPLS networking, you can determine which one fits your enterprise computing strategy most closely:

Why are companies using SD-WAN now?

Secure access to reliable, high-bandwidth connections has become an essential part of business today; companies have come to rely on mission-critical applications such VoIP and video chat to coordinate their day-to-day activities. Furthermore, with common enterprise applications such as Salesforce, Hubspot and more sold on a Software-as-a-Service model, it's valuable to have access to a cloud-based solution that can deliver lower-latency connectivity to those apps.

Growth is a universal goal, and it is another reason why SD-WAN has become so popular. Adding anything to a network — whether that is a new location, a cloud service or piece of hardware — is simpler and more intuitive with an SD-WAN network, especially one that supports zero-touch provisioning from plug-and-play edge appliances.

The challenges traditionally associated with provisioning a new private network connection, from the scarcity of necessary hardware to the high capital expenditures necessary to get the data centre up to speed, are all eliminated when an organisation uses SD-WAN. Therefore, when a business is interested in rapid growth, the math becomes simple: Use SD-WAN and get the capabilities now for less, or stay with a traditional MPLS-only model and wait 30 to 120 days.

What are the key advantages of SD-WAN?

While we have broken down the key selling points of our managed SD-WAN solution in detail elsewhere, a quick overview of how SD-WAN capabilities translate into business value can be instructive. In brief, the most compelling sources of SD-WAN value include:

What do you need to get started with SD-WAN?

Beginning the journey to SD-WAN deployment involves a few key components as you set up new connections and create your network. This will likely take the form of a hybrid WAN, with some locations on SD-WAN and existing locations still on MPLS. Working with your provider of choice, you can assemble the following.


It's important to remember that your first SD-WAN deploy-ment will likely not
take the form of a
full rip-and-replace
of your current infrastructure.

SD-WAN and traditional MPLS networks function effectively side by side, and it's common to begin with SD-WAN circuits acting as affordable options for smaller branch locations.

Over time, as contracts with your conventional network resources expire, your organisation can move more capacity to the SD-WAN. In the years to come, as SaaS applications form an ever-larger part of companies' IT deployments, this strategy could pay off in performance benefits alongside the cost advantages of using broadband internet circuits.

Learning about SD-WAN is the first step in making it work for you. Next, it's time to work with experts to assess your current infrastructure in detail and make a plan that fits your organisation. If you're interested in investigating further, contact our SD-WAN experts.