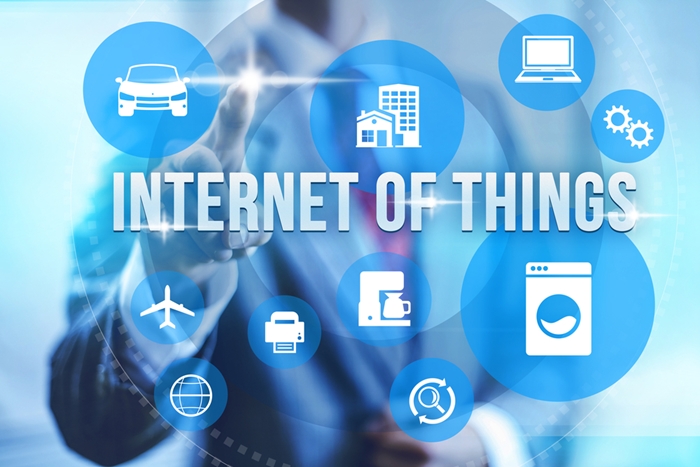 The Internet of Things is here. Are you ready?

By 2020, Gartner estimates there'll be over 20.8 billion devices connected to the internet, a staggering 20 zettabytes of data.

To put it in perspective, if one gigabyte was the volume of a cup of coffee, one zettabyte would have the volume equivalent of the great wall of China. By 2020, there could be twenty of them. That's a lot of computational power, and a lot of devices talking to each other, contributing to what's known as the Internet of Things (IoT).

In the not-so-far-off future, the IoT is likely to go beyond simple hardware communicating to the internet and encompass software, platforms and applications. For businesses that rely on communication technologies, you'll probably entering a partnership between your VoIP or unified communications and the IoT sooner, rather than later.

What is the Internet of Things?

The definition is relatively simple and straightforward: any 'thing' or device that can connect and transmit data via the internet. Simple devices with exponential capabilities. In many ways, the Internet of Things is still in its nascent stages which makes it's hard to determine its long effects, but in some areas it's already having causing transformation.

The things you wear are now talkative. Perhaps the most present and visual example of the IoT is wearables. Things like Fitbits and fitness-trackers are a bread-and-butter example of the IoT. It's likely you have one yourself - PwC reports that over half of Australians are sporting a wearable device.

The application of the IoT in business seem only to be limited solely by the size of the sensor and the power of imagination.

It goes deeper. Gartner provides an example where bluetooth enabled digital stethoscopes can send diagnostic data to a remote PC so doctors can examine patients in cases where they are not able to reach them.

IoT in the wider world

It's not just healthcare where sensors shine. We are essentially giving 'things' eyes and ears. Heat, moisture, chemical composition, force, acceleration, pressure and sound are but some of the capabilities of simple sensors, and armed with the ability to transmit huge swathes of data via Wi-Fi or bluetooth, bring about a kaleidoscope of results with the potential to transform industries overnight.

The application of the IoT in business seems only to be limited by the size of the sensor and the power of imagination. New ways of applying this technology are continuing to pop up all over, transforming almost every conceivable industry. Libelium, a sensor manufacturer lists a few areas IoT are already having an impact:

What does the IoT have in store for business?

The Internet of Things Institute puts it plainly: the biggest advantage of the IoT is data analytics and services. However, following closely is how the IoT can drive customer service and engagement as well as improve workflow and collaboration. Combine it with a unified communications platform and that's a lot of power in the hands of businesses.

Gartner predicts that IoT spending will surpass $3 trillion by 2020.

Imagine a notification service that sends alerts from an IoT device that can be seen and shared via multiple channels over several locations instantly, allowing people to collaborate and react in real time. With new ways to connect, the IoT is sure to have an impact on the efficiency and bottom line for business in unexpected and, hopefully, profitable ways. It may explain why Gartner predicts that IoT spending will surpass $3 trillion by 2020.

At Fonality, we're excited to think about what kinds of changes the IoT will bring to your business and how you can leverage your existing communication technologies to take advantage of them. To find out more, get in touch with our team today.