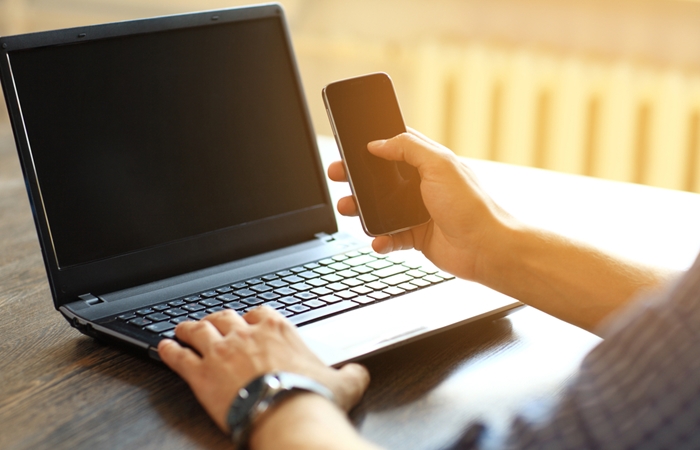 Could your business phone systems benefit from greater mobility?

There's no doubt about it - companies and consumers are continuing to take more of their day to day lives with them on the go. Rapid development in the mobile technology space has allowed us to remain connected from virtually anywhere, and opened up entirely new ways of doing business.

For Australian small businesses, being able to take the office with them is now a reality. Whether on a laptop, tablet or smartphone, replicating the office experience through Unified Communications is driving the work-from-home and bring-your-own-device (BYOD) experience.

What's next for mobile?

Given the current environment, it's hard to see any slowdown in the mobile space happening in the near future. That said, we've seen massively successful consumer electronics products race to prominence before, only to spectacularly collapse as they are supplanted by better options.

Just look at the fortunes of Blackberry, the dominant early smartphone provider who were swamped by competition from Android and Apple. Could the same thing happen to the mobile industry as a whole?

Not anytime in this decade, at least according to Cisco. Its most recent analysis of mobile technology predicts that by 2020, 70 per cent of the world's population will be mobile users, communicating and conducting business on 11.6 billion internet connected devices.

That massive growth comes at the expense of more traditional computing technology, as IDC reports that PC sales dropped by 10.6 per cent in 2015, making it the worst year for manufacturers since 2008. Clearly, people are demanding more flexibility out of their connected devices, whether for business or leisure.

It's possible smartwatches will become a ubiquitous part of business phone systems.

It hasn't been all smooth sailing in the mobile space however, with the much-hyped wearable tech revolution not starting with the hiss and roar some expected. Smartwatch devices in particular, led by Apple Watch and various Android Wear options, are yet to make the same impact as their smartphone counterparts.

That could be about to change, however, as Gartner predicts smartwatch sales will more than double over the next two years. As app developers work out unique and effective uses for the technology, it's possible they will become a ubiquitous part of business phone systems.

If you want to get onboard the mobile office communications train, there are already some excellent service providers in the market. Speak to Fonality today, and see how its mobile HUD system can help you conduct your business wherever you find yourself.