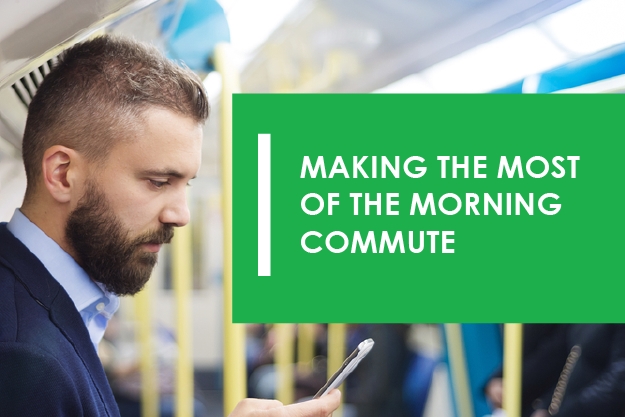 We spend a lot of time getting to and from work. 'Race Against Time', a report from AMP and the National Centre for Social and Economic Modelling at the University of Canberra found that Australians spend several hours a week on the daily commute. Unsurprisingly, people living in large cities spent even more time, with Sydney averaging almost six hours a week, and Melbourne almost five. Even areas outside of capital cities averaged three and a half hours per week, equalling around 40 minutes per day.

The daily commute can be a drag, especially when there's work to be done. However, businesses taking advantage of unified communications and cloud computing technology will find that commuting poses no problems to productivity.

Call centre in a car

Driving to work can be particularly stressful - the unpredictable nature of traffic can blow out commute times to ridiculous proportions. During times of gridlock, rather than twiddling your thumbs and fuming at city planning, why not put your car's Bluetooth system to use and make the most of Fonality's Heads Up Display (HUD) Mobile?

It will turn your car into a mobile contact centre. With the ability to make and receive phone calls, transfer them when needed, or drop in and out of conference calls, you can at least be productive while your stuck bumper-to-bumper.

Carrying your office on board the train

Taking public transport can be less stressful than driving, but it still eats up a chunk of your time. However, now that you no longer have to focus on the road, your hands (and mind) are free to make the most of HUD Mobile's functionality. With the ability to text, email, check your voicemail (and more) via your phone, tablet or laptop, you can be plugged into your office well before you even get there.

You can be plugged into your office well before you even get there.

Why not ditch the commute altogether?

If the daily commute is getting you down, why commute at all? After all, with Fonality's unified communications and cloud solutions, you carry your office wherever you go. Showing up to work each day after a long, stressful commute is hardly the right starting point if you want to be engaged or productive. Employees with longer commute times are less satisfied with their job, and are more likely to have a poor work-life balance, according to the Victorian Health Promotion Foundation.

Forgoing the commute for a few days a week can go a long way to righting this imbalance. To find out more about how Fonality's business phone systems can help enable a flexible working environment, get in touch with our friendly team today.