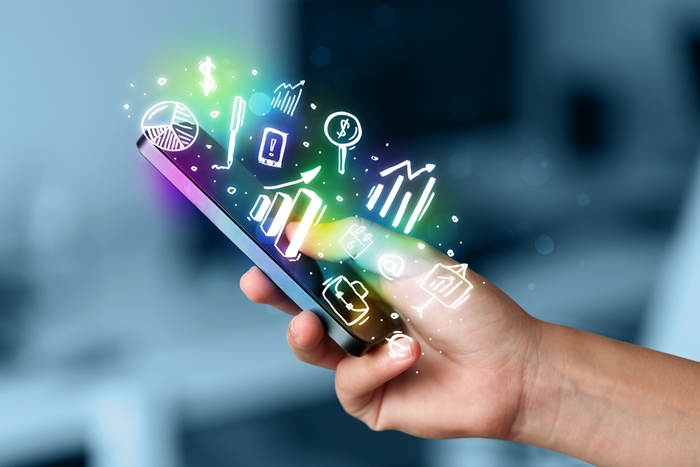 Mobile tech has had a transformative effect over the last 10 years.

Early in January, at a time when many Australians were still on holiday, a certain device celebrated an anniversary. While the 9th of January went unnoticed for many, it marks the date 10 years ago that Steve Jobs announced the iPhone and changed the mobile world forever.

Today, Apple continues to dominate and shake the mobile technology industry, even a decade after its first release. We're seeing mobile phones and smart devices pervade further and further into our lives, and our jobs seem to be the next frontier.

The emergence of Bring Your Own Device (BYOD) is having a transformative effect on industry and how companies handle the presence of personal devices in the workplace. Here's why you should, at the very least, give personal mobile phones a chance in the spirit of unified communication.

People are looking at their phones anyway, so why not put the office in there?

Personal smartphones and mobile devices are now a staple, transforming how we interact with the world through something we keep in our pockets. We naturally bring them into our places of work, and so companies must account for their presence in the workplace.

According to Deloitte's 2015 Mobile Consumer Survey Report, a third of Australians use their phone "always or very often" at work, with over 80 per cent of people admitting to have used their phones more than once. Somewhat shockingly, about half of the respondents have even used their phone during a meeting.

While this might seem alarming for some employers, rather than curtailing this use of personal devices, why not roll with it? If employees are going to be on their phones, why not have them work from there?

If employees are going to be on their phones, why not have them work from there?

A mobile office for mobile workers

The Australian Communications and Media Authority (ACMA) report on the impact of mobile on the economy found that 25 per cent of businesses claimed the adoption of mobile reduced business operating costs. What's more, the report suggests that the use of mobile tech has seen a $33.8 billion dollar increase in Australia's economic activity, $26.5 billion dollars of which can be attributed to time savings for businesses using mobile.

With the integration of mobile into your business communication strategy, employees can carry their office with them wherever they go. Fonality's Heads Up Display (HUD) Mobile gives workers access to real-time presence, instant messaging, visual voicemail and more. Even if they're on their iPhones, they are still connected and doing their job.

To find out more, get in touch with the team at Fonality today.