Ghost in the Shell: the future
of unified communications? 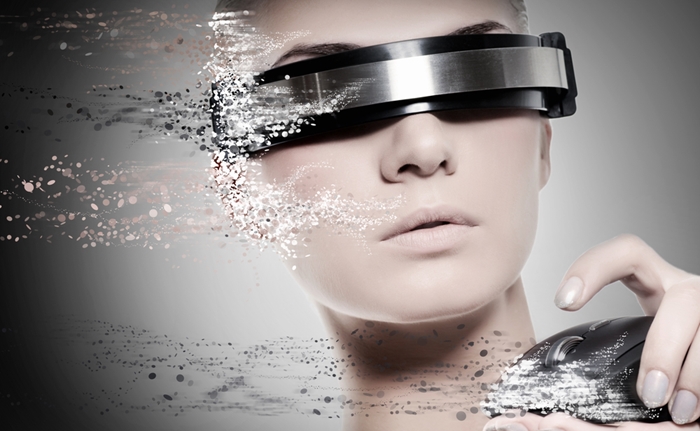 Is 'Ghost in the Shell' a snapshot of future communications?

Imagine a future where the lines between man and machine have blurred. Humans with cybernetic implants are waited on by androids dressed as diminutive geishas as they communicate telepathically, all while enjoying a banquet in the penthouse of a skyscraper, overlooking a futuristic Tokyo filled with gigantic holographic advertisements. All it's missing is the flying cars.

This is the future envisioned in the film Ghost in the Shell. Warning, there are spoilers ahead. For those of you who aren't familiar with the 1995 groundbreaking manga series that spawned the Rupert Sanders adaptation,  recently released in cinemas. The cinematic masterpiece is a visually stunning depiction of a cyber-punk future, and touches on some of the original series' deep philosophical questions of identity that inspired such works as The Matrix.

Ghost in the Shell follows the Major, played by Scarlett Johansson, a human who's human brain has been planted in a mechanical 'shell.' There's a lot of fancy things her human-machine body can do, including leaping from tall buildings unassisted, turn invisible, even rip the top hatch off a 'spider-tank'.

Relying on workers to be constrained to their computer or phone system in order to communicate is a challenge.

However, it's some of the more mundane technologies of this future world that holds exciting potential in the world of unified communications.

During a mission, the Major and her team switch to 'silent' communications, in order to talk covertly while they investigate a seedy bar. The switch from using their mouths to using their minds to 'talk', might have been done nonchalantly in the film, but this technology would be a godsend for business communication.

Relying on workers to be constrained to their computer or phone system in order to communicate is a challenge when remote or flexible employees are present and are not always within easy access to this technology. Mobility solutions, such as Fonality's Heads Up Display Mobile, bridges this gap, by putting this technology in the pockets of employees, but Ghost in the Shell goes one step further by putting it in their brains so team members can communicate remotely, in real time.

Being able to physically interact with data and information, and to do so with others is something that would be extremely beneficial both today and in the society of the future. In the case of Ghost in the Shell, the Major and her team are analysing a building in the lead up to a dangerous counter-terrorist mission. The members of the team are all able to stand around the 3D scale model of the building, and interact with it individually so they fully understand the intricacies of the mission.

While most companies today aren't in the business of fighting terrorists, the ability to not just share and communicate information, but to do so in a fully virtual, real-time setting, holds significant advantage. This technology may still be on the horizon, but unified communications can help companies come closer, merging the diverse collaborative tools we already have into a single, simple platform to navigate.

Melding mind and machine isn't all good, cautions Ghost in the Shell.

Melding mind and machine isn't all good, cautions Ghost in the Shell. As the overlap between computers and brains increases, the interactions between the two become indistinguishable. In this world, the Major can 'dive', or hack, another's brain to retrieve hidden or encrypted data. However, this leaves the Major vulnerable to attacks from within the mind itself, as its integrity had be compromised by an external source.

With digital technology advancements, innovation is balanced by risks that have to be managed. Thankfully, we don't yet live in a world where it's possible to 'hack' the brains of others and control their actions. Yet, the diagnostic and information recovery potential of being able to interact with though and memory directly, in the case of diving into a brain, is an exciting thought if used and regulated correctly.

Whatever the future of communications has in store for us, you can guarantee Fonality will be at the forefront. To find out more, get in touch with our team today.