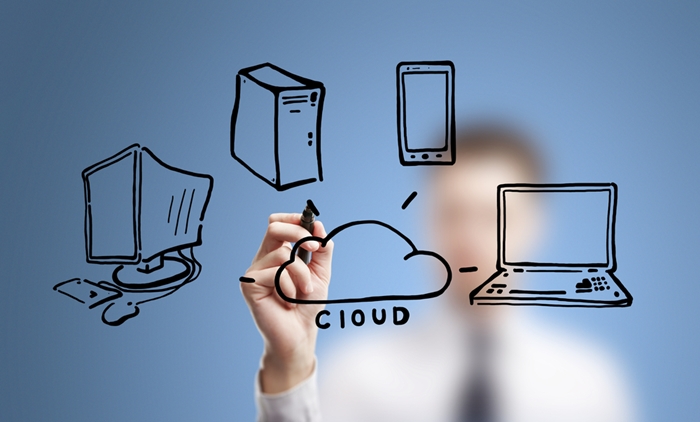 Is moving to the cloud right for your business?

It's summer in Australia, so chances are clouds are the last thing you are thinking about. But while we're backing under the endless blue skies of the season, more and more forward-thinking small-business owners are looking toward the cloud as a way of improving their operations.

Some IT experts expect 2016 to be a big year for the adoption of cloud computing. According to Forbes, almost half of all enterprises are replacing their on-premise technology with modern, cloud-based systems, with an average spending total of $2.87 million on cloud services.

Almost half of all enterprises are replacing their on-premise technology with modern, cloud-based systems.

Being a relatively recent innovation, however, some are still a little unsure of the technology's security and reliability. Research published by Eurostat indicates that 38 per cent of SMEs named the risk of security breach as the biggest issue holding them back from embracing the cloud, while some reported that they simply aren't educated enough about the services to make the leap.

Clearing up some misconceptions

If your small business is considering placing an essential element such as office phone systems largely in the hands of a cloud provider, you are right to demand answers about the security of the service. When the latest government figure indicate there were over 39,000 reports of cybercrime in Australia last year, it's natural to be suspicious.

That said, CIO.com believes that established cloud computing providers are better equipped to deal with digital threats than a small business would be on its own. Cloud businesses rely on their reputation as much as anything else, so the incentive for them to ensure their security is robust enough is very strong.

Also, many online security threats are handily dealt with through patching and updating of software, a practice that large cloud-based services are constantly engaging in. Placing some of your services in the capable hands of a third party means that the seemingly endless responsibility of checking for system updates and new software versions is something you can also free yourself of.

The benefits are hard to deny

Several years ago, the ambitious plans of some major cloud providers may have seemed out of reach for most SMEs, however nowadays the necessary internet infrastructure has caught up and become significantly more affordable. As the long-awaited National Broadband Network (NBN) continues to roll out across Australia, there's never been a better time to jump into the cloud service space.

Speaking on the release of research commissioned by NBN Co, Ovum Research Director David Kennedy believes that Australian small businesses are barely scratching the surface of what they can achieve by moving systems into the cloud.

Australian small businesses are barely scratching the surface of what they can achieve by moving systems into the cloud.

"We believe the next year will see a range of new competitive packages and products being offered to small business owners to help them better leverage the benefits of fast broadband and cloud applications," he said.

According to Ovum's report, SMEs are beginning to take notice, with value of the country's cloud computing market projected to grow to $4.55 billion by 2018, up from just $1.23 billion in 2013.

Moving to a hosted phone system

While many SMEs are already using cloud-based email and file storage solutions, taking things further with a new business phone system can be a fantastic decision. Fonality's unified communications platform offers a comprehensive feature suite yet remains remarkably easy to use, and is built with small- to medium sized businesses in mind.

Whether you want to retain some on-site services or take your phone system completely to the cloud, Fonality have an ideal configuration to meet your needs, as well as the experience and expertise to answer any questions you may have. Contact us for a demo today.